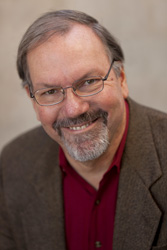 Tom Paiva photographs the urban and industrial landscape.  His choice of the large-format view camera for his personal work makes it possible to achieve the high detail, nuance  and control over the medium that make his images stand out.

His long-term passion is night photography and he loves to create images of the man-made environment in the twilight and dark hours when the rest of the world is at rest.

He is a co-founder of the internationally known group of night photographers, The Nocturnes, who had a landmark exhibition in San Francisco in 1991.

In 2004, he had a his first major solo show of his industrial images at the Long Beach Museum of Art, and in 2011  his first international show of the San Francisco Bay Bridge project at the Minsheng Art Museum in Shanghai, China.

He has co-lead photo workshops on night photography and the use of the view camera over the past 20 years and has had articles on these subjects in many photographic magazines.

He was educated at the San Francisco Academy of Art, where he earned a Bachelor of Fine Arts degree in photography.