The promo company hired several rail cars from the 50s and 60s for sleeping accommodations and the train was pulled by two Amtrak locomotives.  It was an interesting way to promote the concerts.

Doing what I do, I got access to the railroad rail area (thanks, Don) and had access to the train during the concert next door in San Pedro to shoot at twilight and at night.  Security was tight.  It was nice being serenaded by the bands, Mumford and Sons, Edward Sharpe and the Magnetic Zeros, and Old Crow Medicine Show.  These are not bands that I knew, but it made nice background music along with the cheers of the audience.  For more info on what the tour was about, check this out their link.

This first shot is of the rear of the train, with the svelte tapering of the end dome car.  The neon “California Zephyr” is a classy touch.  The red tail lights were so intense in this twilight shot, that they glowed off the shiny rails, almost as though they were painted red.  There was a magenta glow in the sunset over my right shoulder, causing the warm glow. 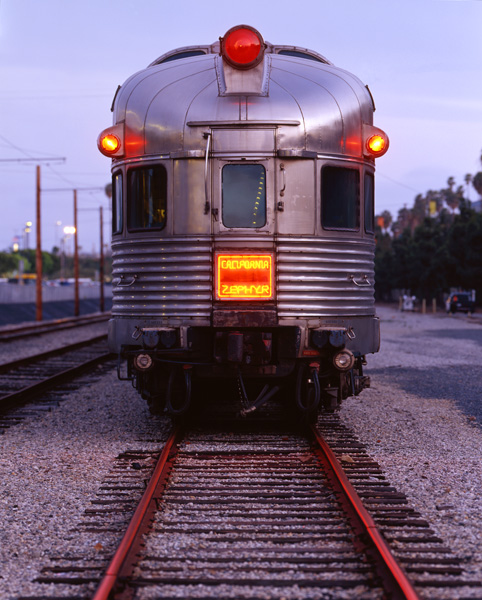 In this twilight shot the cool blue glow of the evening is evident.  This is from a transparency, and it picked up that complementary blue and yellow color mix, reflecting off the shiny stainless steel siding.  On this shoot, we got there almost an hour early to scout out the locations, compose and mark the spot.  That is the only way to get the number of shots I get in 4×5 at twilight in the few minutes available.  Thanks to Pierce for helping me carry my gear to move quickly. 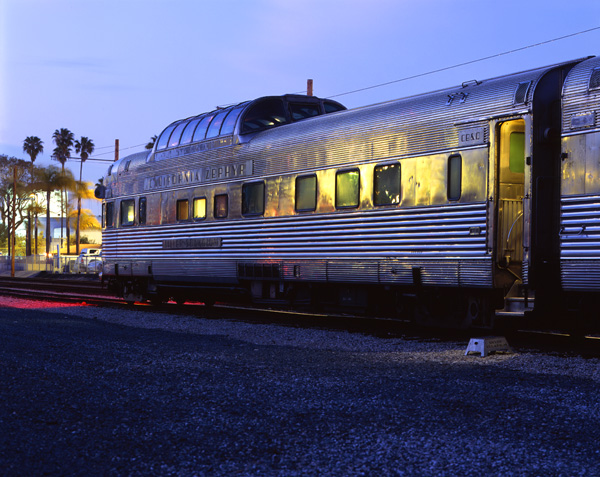 The following shot may look similar to the above one, but it is actually shot about 50 feet away.  It is a very different perspective, this time using a slight wide angle lens (vs. a longer lens for the above shot).  I like being able to see inside the rail car, along with the glow from the spill light on the step.  Note the red glow from the tail lights. 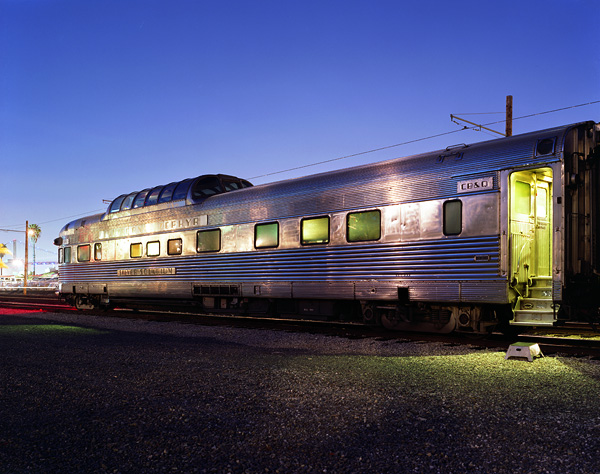 In this view, it is now completely dark, and (unfortunately) they put on some portable lights for security, and were difficult to shoot around.  This was unexpected, but we managed.  This is a classic example of the importance of camera placement.  Six inches in any direction would have made the glaring portable mercury vapor lamps flaring into the lens, spoiling the shot.  The light spilling under the train is a nice touch, and you can see the whole train in this shot.  What complicated matters, was that the rail just out of view to the left was a “live” track with streetcars coming by.  When the railroad company came by to move us at least 20 feet away (we were about six feet away), we had to plead with them to wait another two minutes to finish this 8 minute exposure.  They stood behind us and let us, and the camera, do its thing. 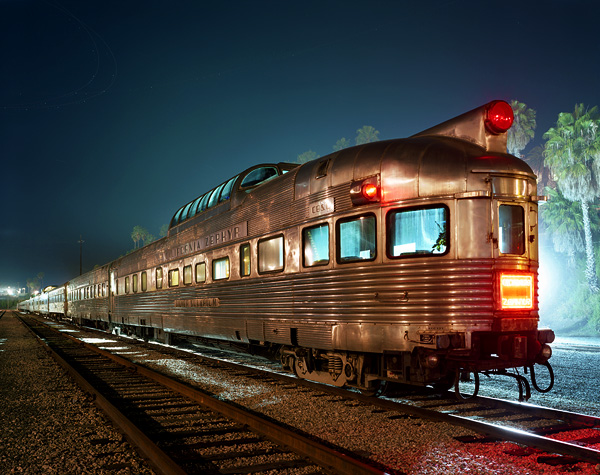 I wanted another, higher view to see the trees and the light through the dome, so we packed up and got access to a parking area for the next, and final shot.  You can see the live track in the foreground of this view.  Again, camera placement was critical in this shot because if those intense lights were squarely in the rear three windows, it would have blown it out to white. 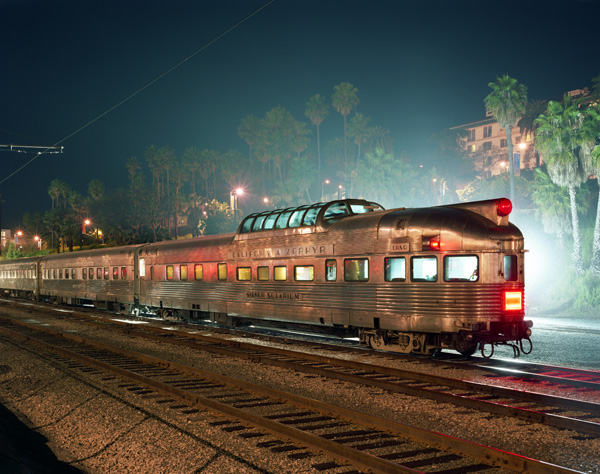 Everyone loves a classic old train, and I was lucky enough to tour the inside of this rail car with the owner, Burt.  They travel the county on tours and you can ride them pulled by Amtrak.  For more info, see their website.